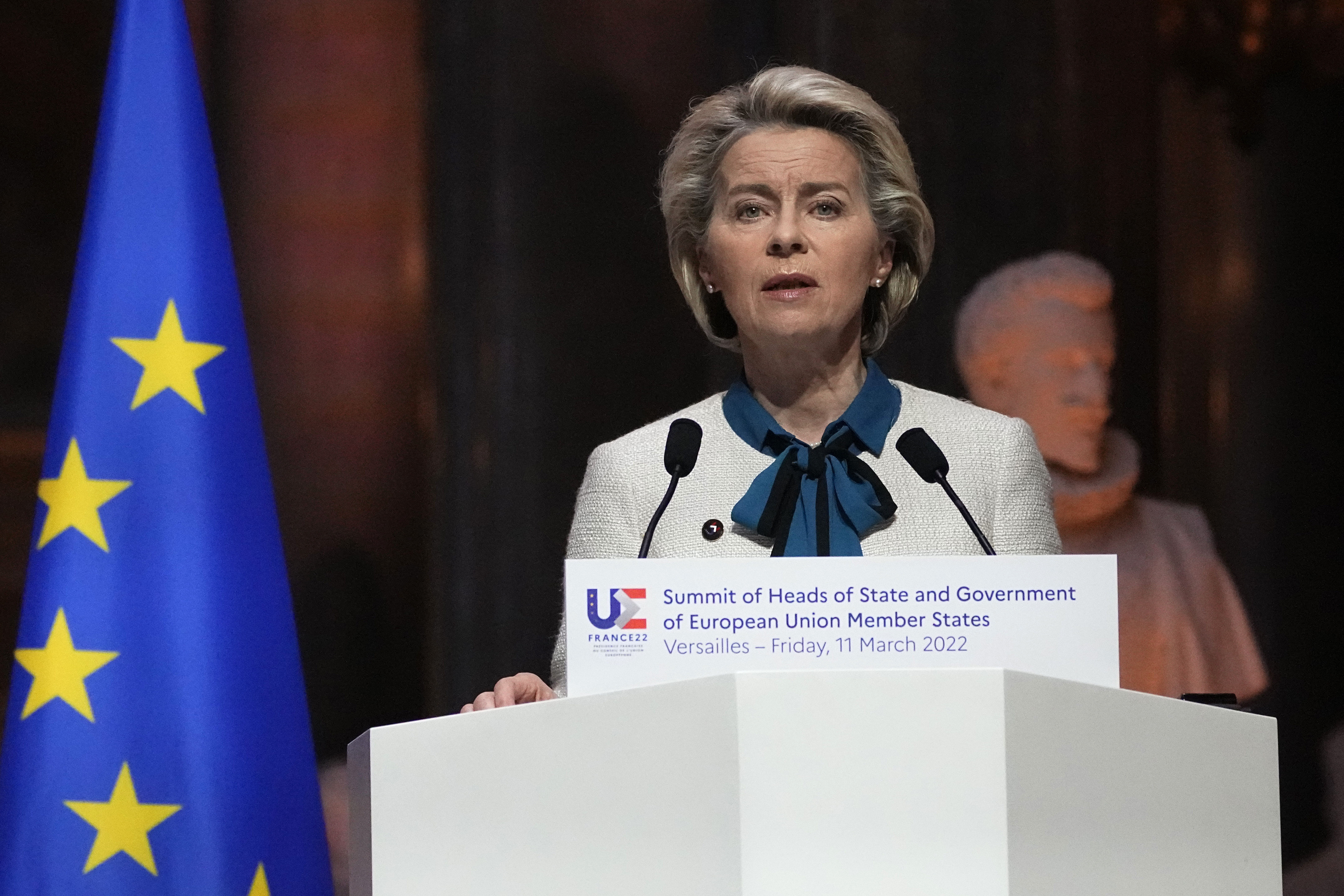 Yet another blow by the EU to corner Russia economically and suffocate the country’s oligarchs. The community bloc has agreed on a new package of sanctions ―the fourth since the invasion of Ukraine―, focused on commercial measures, a first blow to the energy sector and with a remotely directed symbolic blow against business elites, by prohibiting the export to Russia of a long list of luxury goods from the Union. These include everything from high-end vehicles to sports items such as golf, skiing and polo, and even false beards and wigs, according to the sanctions regulations agreed on Monday by the Twenty-seven, and to which EL PAÍS has had access. , still awaiting its official publication. This time the shock wave reached an internationally famous tycoon: Roman Abramóvich, owner of the British soccer club Chelsea.

The new package of retaliation against the war initiated by Moscow at the gates of the EU includes a total ban on all types of transactions with Russian state companies linked to the Kremlin’s war machine, and the blow is widened against some in the energy sector (such as Rosneft, Transneft and Gazpromneft, according to the aforementioned document). The measure does not affect, for the moment, the “transport of fossil fuels, in particular coal, oil and natural gas” to the Union, which saves the supply of energy from Russia, one of the most controversial and burdensome measures that could impose the Twenty-seven, but which is far from having the unanimous support of the Member States. The approved retaliation seeks to prevent the EU from collaborating with these companies to undertake investments or new prospecting. Nuclear energy is also safe from this last sanctioning pulse.

Another of the affected sectors is that of the metallurgical industry: the Union has decided to block the entry of Russian steel products, which could cause Moscow losses of some 3,300 million euros, according to calculations by the European Commission. To mitigate the rebound effect in the community bloc, Brussels plans as a safeguard mechanism the redistribution among other trading partners of the affected import quotas.

Forty countries, including the 27 of the European Union, which represent approximately 50% of world GDP, have also withdrawn on Tuesday the favorable treatment of Russia’s exports, a retaliation announced on Friday by the G-7 countries. The measure aims to suspend the benefits that Russia enjoys as a member of the World Trade Organization (WTO). Valdis Dombrovskis, Executive Vice President of the European Commission, explained that it is an “unprecedented” decision that “sends a political signal of the first magnitude”. The move “deepens” even further “Russia’s pariah status in the eyes of the world community,” Dombrovskis said in a statement.

The blow to the luxury sector is among the most striking in this round of sanctions: countries like Italy, a benchmark in the sector, had shown reluctance to date, due to the little real effect it could have on the Russian economy. The measure has above all a symbolic scope and is directed against business circles and elites, but aims to avoid suffocating the bulk of the Russian citizenry.

The list of products whose export is prohibited is long and extensive: the annex that includes them occupies almost 30 pages of the regulation. The EU generically sanctions high-end goods from 300 euros, which includes wines, caviar, jewelry, horses, cigars, perfumes, leather goods such as travel bags, men’s and women’s underwear, carpets, ties , porcelain cutlery and crockery, works of art and antique pieces; high-end vehicles of more than 50,000 euros and motorcycles of more than 5,000; appliances of more than 750 euros (from refrigerators to fans); image and sound equipment of more than 1,000; and items for activities such as skiing, golf, diving, polo or billiards.

The new round of sanctions also wants to aggravate Russia’s already diminished economic credibility in international markets, for which it prohibits the EU’s credit rating agencies from evaluating Russia and companies from this country, and closes the possibility of providing rating services to Russian clients. The Twenty-Seven has also expanded the list of sanctioned individuals to include more Kremlin-linked oligarchs, including well-known tycoon Roman Abramovich, owner of British soccer club Chelsea. The measure implies the freezing of his assets in community territory and the prohibition of him traveling freely within the EU. The UK took this same step last week. London’s decision has forced the Premier League to disqualify Abramóvich as director of Chelsea.

This fourth wave of reprisals responds to the worsening of the war in Ukraine and the refusal of the Russian president, Vladimir Putin, to send the tanks and troops home. Brussels has been tightening its response since Moscow recognized the self-proclaimed people’s republics in eastern Ukraine on February 21, and invaded the European country just three days later. Previous blows have been aimed at short-circuiting Russian finances from the rest of the world; seven large Russian banks have been ordered unplugged from the SWIFT system of international transactions, the reserves of the Central Bank of Russia in the EU have been frozen, and hundreds of individuals have been blacklisted, including dozens of oligarchs close to the Kremlin, and Putin himself and his foreign minister, Sergei Lavrov.

The company that leads the reconversion of the Nissan plant wants to manufacture 60,000 vans a year | Economy

Vulnerable people denounce coercion by power companies to collect their debts: “They threatened me every day” | Economy

José Manuel Albares, Minister of Foreign Affairs: “The greatest threats to the security of Spaniards now come from the East” | International
June 26, 2022

José Manuel Albares, Minister of Foreign Affairs: “The greatest threats to the security of Spaniards now come from the East” | International

Cuba begins to feel the international sanctions against Russia in tourism | International
March 8, 2022

Joel Hernández, on those detained during the social outbreak in Chile: “There are no political prisoners”
June 4, 2022

Joel Hernández, on those detained during the social outbreak in Chile: “There are no political prisoners”

Today’s ephemeris: What happened on September 29?
4 days ago

Today’s ephemeris: What happened on September 29?

The judge leans towards the partial publication of the statement that justified the search of Trump | International
August 19, 2022