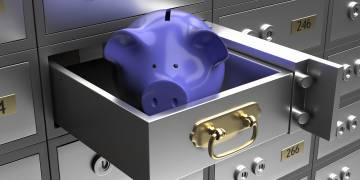 The one that was considered the most adverse scenario and the least probable, the Russian invasion of Ukraine, is a reality since last February 24. As the attack worsens, uncertainty grows and nobody knows the duration or scope of the war. For now, what is almost certain is that there will be less economic growth and more inflation as a result of rising energy prices. Although nervousness has gripped the raw materials market and the stock markets, experts say that with the savings they can remain calm because they are not at risk from the war, although they will have to continue losing purchasing power due to the impact of inflation.

In addition, the remuneration of the passive will continue to be scarce for a long time. The European Central Bank (ECB) has cooled expectations of a rise in interest rates due to the worsening of the economic outlook due to geopolitical risks. Prolonging the zero-rate policy in force in the euro zone since 2016 distances any possible improvement from the returns.

There is a lot of savings stored after the pandemic. The Spaniards keep the historical number of 960,000 million euros in accounts and deposits, almost 100,000 million more than when Covid-19 broke out in March 2020, according to the latest data from the Bank of Spain as of January 2022. This money entrusted to financial institutions is well protected. In the first place, the experts highlight the solidity and solvency of the European and Spanish financial system in particular. But, in addition, there are sufficient bank guarantee mechanisms, such as the Single Resolution Mechanism (SRM) or single regulation and supervision, while progress is being made towards a full banking union.

Throughout the EU there is a legal commitment to protect savers with national guarantee funds of deposits, which, as agreed, cover up to 100,000 euros per client and entity. In non-euro countries, such as Norway or Sweden, the amount equivalent to that limit in local currency is reimbursed.

Spaniards keep a record of 960,000 million euros in banks

In other words, if an EU bank declares bankruptcy and cannot return deposits, savers, regardless of their nationality or country of residence, will receive their money in full, including interest earned but not yet paid, until that date. cap of 100,000 euros. Only the balance that exceeds that amount is subject to a risk of insolvency.

As of January 1, 2021, the Deposit Guarantee Funds (FGD) have up to 10 days to reimburse deposits. This period will be reduced to 7 business days in January 2024.

“Savers’ money enjoys the same protection throughout the EU. Since the introduction of the deposit guarantee system in the EU in 1994, savers have lost exactly zero euros over the protection limit of 100,000 euros”, they point out from the European deposit platform Raisin.

As a result of Russia’s attack on Ukraine, only Russian banks and the Central Bank of Russia are in trouble due to sanctions and the freezing of their assets. In fact, Russia has imposed a playpen by limiting the withdrawal of cash in foreign currency to $10,000. “This is not the case at all in the rest of the world,” says Joaquín Maudos, deputy director of the Ivie, who adds that “there is no liquidity problem in the European financial system” that would lead one to think of a withdrawal of deposits by the war scene. Rather it is the other way around and liquidity is plentiful, currently in excess of €4.3 trillion.

In addition, the ECB It has shown that it is capable of providing liquidity in difficult times. “He has done it, and that should give us a lot of peace of mind,” says Josep Soler Albertí, executive delegate of EFPA Spain.

Liquidity in the financial system is abundant, with an excess of 4.3 trillion euros

The problem and one of the biggest concerns for savers is the loss of value of the money that is in accounts and deposits due to the increase in the cost of living. The inflation it has skyrocketed and will continue to escalate as long as Russian aggression against Ukraine continues. Funcas warns that average inflation in Spain may rise to 6.5% this year. Inflation –which reached 7.6% in February and it is not ruled out that it could reach 10% at some point this year– acts as a tax that reduces the purchasing power.

“Inflation, at current levels, is eroding the savings invested in conservative portfolios by leaps and bounds as long as they do not introduce more risk into the investments,” says Soler Albertí, and explains that “deposits should not be kept above 100,000 euros, not for the risk of losing them in this scenario, which is very remote, but because of the loss of purchasing power that inflation produces in this type of product”.

For example, a saving of 20,000 euros with annual inflation of 3% means a loss of purchasing power of 600 euros. Savers must, at a minimum, achieve a return above inflation so that their money is not devalued. However, the war has moved away the expectation of a rise in interest rates and of encouraging the returns on deposits, which are expected to remain close to zero as long as there is no clear monetary normalization.

The rise of the guiding fees that the ECB suggested in February to control prices is delayed so as not to weigh down the growth of the countries of the euro zone after the conflict. Economies were beginning to recover from the Covid-19 pandemic and now the economic picture is bleaker. The ECB says any rate adjustments will be made some time after the end of debt purchases, which could happen in the third quarter. Thus, of the two upward movements forecast by analysts in 2022, the market now only expects one to occur by the end of the year. Although the ECB has not even committed to it. “The market, which at times prior to the conflict priced a deposit rate in positive territory for the end of the year, is currently discounting a smoother movement,” they indicate in A&G. “The origin of inflation now is not because demand grows, but because of the rise in energy, and it would be counterproductive for the ECB to raise rates,” says Maudos.

Experts insist on the importance of long-term planning

In this context, the hope that the deposit returns begin to gain some appeal in the near future fades away. The interests offered, at historic lows for years, will continue without going up and the opportunities will be punctual and limited. The highest returns are only found in medium or small banks that need to raise funds and in foreign entities. Through Raisin you can find offers that rent up to 1.14% APR, but in the long term. In the accounts, the highest interests usually require a strong link, such as direct debiting the payroll, receipts and maintaining a certain balance in bank products.

Banking sources assure that as long as official rates and the deposit facility do not rise, with few exceptions, there will be hardly any changes in remuneration, given that it continues to cost money for entities to have liabilities immobilized at the ECB.

Experts advise keeping long-term savings planning and have good advice, reducing exposure to risk. Similarly, if you have saved more than 100,000 euros, it is convenient to save them in different entities.

steep climb. Gold, considered one of the safe haven assets par excellence, has exceeded $2,000 an ounce these days and is very close to its all-time high of $2,075 registered at the beginning of August 2020, coinciding with the hardest moments of the pandemic . With the outbreak of war, investors flee to assets considered safe haven, such as the dollar, gold or sovereign debt. Before the current crisis, gold was around $1,800 an ounce. “Gold tends to reflect the constantly changing macroeconomic conditions well,” they point out in Schroders, who points out that even before the situation worsened, it was already seen that the institutional demand for gold as a portfolio hedging instrument was increasing. In his opinion, the possibility of stagflation and the probability of continuing in a long period of negative real interest rates is a very positive context for gold. Thus, they believe that gold is on its way to becoming the safe haven asset for the coming years, in the absence of alternatives. After rising 11% in the last month, analysts at Julius Baer believe that a new escalation of the conflict would push prices of the yellow metal even higher.

Debt. As has been seen in recent weeks, the debt is not exempt from volatility. Although after the outbreak of the war, risk aversion led investors to seek shelter in the German bond, which returned to negative returns, expectations of monetary normalization have translated into a new rise in yields. In this context, short terms are seen as the most popular option. Ricardo Gil, director of strategy for Trea AM, has taken advantage of the volatility to strengthen his bet on US debt between two and five years. Cristina Gavin, head of fixed income at Ibercaja Management, points out that when the market goes into panic mode it is difficult to find a safe conduct. However, the expert acknowledges that in this context, very short-term debt and money market funds are the options with the least risk.

The Government cuts growth for 2023 from 3.5% to 2.7% and approves a record spending ceiling | Economy

Argentina is looking for 22 fugitive repressors of the dictatorship for crimes against humanity | International
March 24, 2022

The FBI searched Trump’s mansion without Biden’s knowledge, according to the White House | International
August 9, 2022

Peru: Castillo decrees a state of emergency in Lima and people will not be able to go out on the streets | International
April 6, 2022

Peru: Castillo decrees a state of emergency in Lima and people will not be able to go out on the streets | International

José Manuel Albares, Minister of Foreign Affairs: “The greatest threats to the security of Spaniards now come from the East” | International
June 26, 2022

José Manuel Albares, Minister of Foreign Affairs: “The greatest threats to the security of Spaniards now come from the East” | International

Video | This is how a Ukrainian refugee center works in Poland | Videos
March 23, 2022

Georgia Meloni: Italy and us | Opinion
2 days ago

Georgia Meloni: Italy and us | Opinion