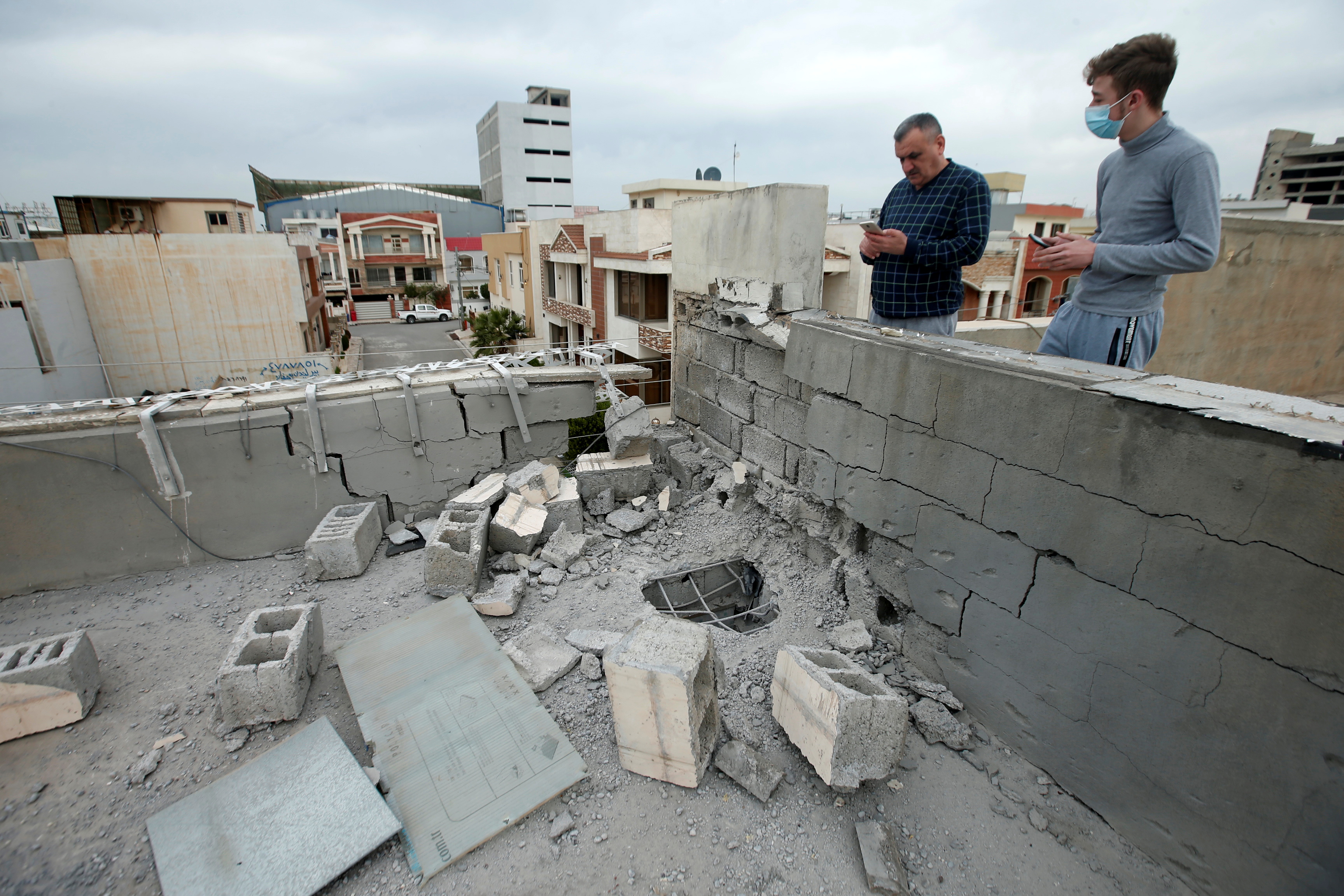 As Ukraine commands the world’s attention, arch-enemies in the Middle East continue to trade blows. The Guardians of the Revolution of Iran have claimed responsibility this Sunday for the firing of a dozen ballistic missiles that fell the night before in the vicinity of the future headquarters of the United States Consulate in Erbil, capital of the Kurdish autonomous region in northern Iraq. . A statement from the Iranian regime’s ideological elite force assured that the objective achieved was “a strategic center of conspiracy and diabolical Zionist acts”, alluding to a Mossad base, Israel’s foreign espionage service, in response “to recent crimes of the Zionist regime.”

The attack comes a week after the death of two guardians of the revolution in a missile attack launched by Israel against pro-Iranian military installations in the vicinity of Damascus. Israeli aviation has been carrying out attacks in Syria against Tehran-affiliated forces for almost a decade, in order to prevent them from gaining a territorial foothold in the neighboring Arab country and transferring advanced weapons, such as precision-guided rockets, to Hezbollah, the Shiite militia party against which Israel waged open war in 2006 in Lebanon.

Ballistic missiles from Iran hit near the new US Consulate headquarters in Erbil, sources from the Administration of President Joe Biden confirmed. The Department of State reported that the bombing had not caused any casualties at its facilities. “We condemn this intolerable attack and this display of violence,” a State Department spokesman said in a statement. Washington is trying in recent weeks to close a deal to revive the 2015 nuclear pact with Tehran, put on hold by Republican Donald Trump in 2018.

Iranian media cited by Efe published a list of alleged victims in the missile attack. The Iraqi Kurdistan Regional Government reported that one civilian had been injured in the explosions and that some material damage had been reported in the future diplomatic mission and in a nearby residential area, without affecting the nearby Erbil airport, where the a base of the international coalition against ISIS. The Kurdistan24 Local TV Station, whose studios are near the new consular headquarters, posted images of damaged offices on social media, with collapsed roof sections and broken glass.

Iraq suffers frequent attacks with rockets or armed drones, mainly against US interests and troops from the international anti-jihadist coalition, which Washington attributes to pro-Iranian Iraqi factions. The last ballistic rocket attack on a US base, however, came in January 2020 following the death of the head of the Revolutionary Guards’ Al-Quds force, General Qassem Soleimani, in a US strike at the airport. of Baghdad.

The Israeli Army, which maintains a policy of not commenting on armed actions abroad, has put its forces in the north of the country on alert in the face of the threat of retaliatory attacks with rockets or drones launched from Lebanon and Syria. . “We warn the criminal Zionist regime that the repetition of any evil act will have decisive and devastating consequences,” warned the statement released by the Iranian Revolutionary Guards.

subscribe here to the ‘newsletter’ of EL PAÍS America and receive all the information keys of the current situation in the region.

Last minute on Elizabeth II, live | The British Parliament interrupted the session to send a message of support to the Queen | International

Rui Moreira, Mayor of Porto: “Portugal should have regions with political power like Spain has” | International

Josep Borrell: “We Europeans must be willing to pay a price for supporting Ukraine and maintaining unity” | International
August 11, 2022

Josep Borrell: “We Europeans must be willing to pay a price for supporting Ukraine and maintaining unity” | International

Elections in France 2022: Le Pen seeks a comeback against the favorite Macron in the only electoral debate of the campaign | International
April 20, 2022

Elections in France 2022: Le Pen seeks a comeback against the favorite Macron in the only electoral debate of the campaign | International

Elections 2022: The left bursts into force in the Colombian Congress | International
March 14, 2022

Elections 2022: The left bursts into force in the Colombian Congress | International

Heineken gives up building a factory near an archaeological site in Minas Gerais | Culture
March 8, 2022

Petro dominates in the polls followed by a rising Fico Gutiérrez | International
April 6, 2022

Hungary castles in Brussels and blocks the negotiations on the embargo on Russian oil | International
May 8, 2022