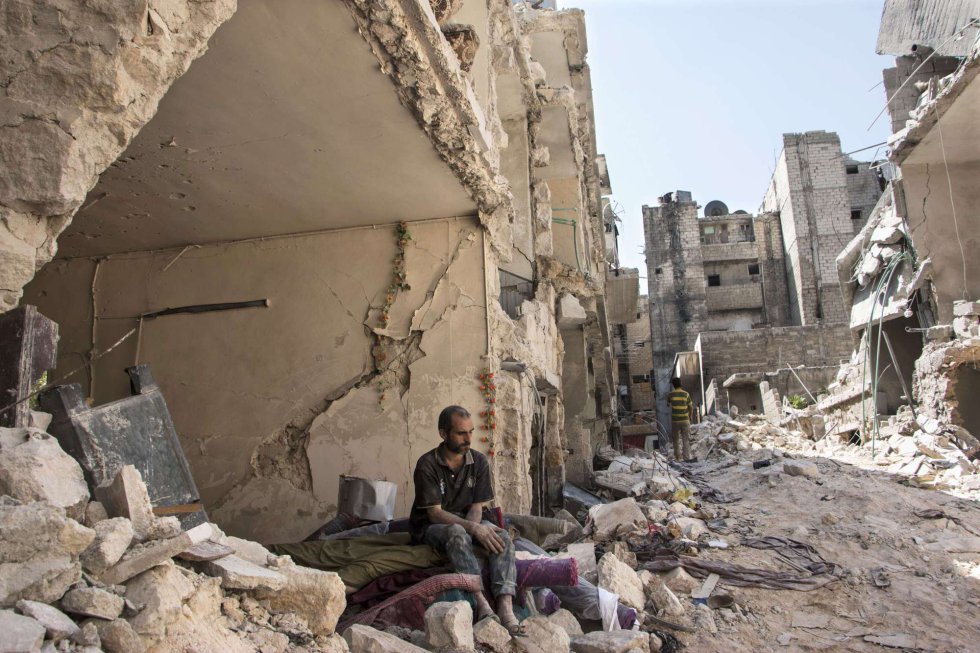 About the war in Ukraine, comparisons and lamentations of the lessons not learned abound. It is true that the mistakes in Iraq and Afghanistan have served as a warning to the US intelligence services, which have been more zealous at this juncture, but the experience of the Syrian war – still ongoing – counts a lot in the sinister credit of Putin.

But bad conscience, almost more than geopolitical interests, formats the silence of the establishment European and North American on the war in Syria. In 2013, Al Asad was allowed to do so, gassing the suburbs of Damascus and crossing the red line drawn by Obama. With this, Putin saw the way clear for his own plans, and in 2015 he deployed Russian troops in Syria, after having annexed Crimea the previous year.

As for that left that still feeds on indigestible anti-imperialist slogans, it surely dislikes that with Ukraine the fallacy that Russia represents something other than its own ultra-nationalist interests becomes transparent again. And the majority of citizens are stung —or should be— by the racist residue of the different reception given to the refugees of today (Europeans, Christians, “blondes”) compared to those of before (Asians, Muslims, “browns”).

However, as much as the Syrian wound annoys, inhibition has already been seen where it leads. These days, before the imminent battle of Kiev, Aleppo, Putin’s great victory in Syria, should be taken into account. Because Kiev, like Aleppo, is the symbol of what is to come: a new quagmire of history.

The humanitarian corridors with which Putin plays cat and mouse in Ukraine have already been the object of swindling in Aleppo: they served Al Assad to mock the European Union, which unsuccessfully tried a strategic role that Russia also denies it today. It is to be feared that in Kiev, as in Aleppo, the civilian population will remain trapped in the ratholes of a divided city, until the final cleansing of all resistance.

In the taking of Kiev, as in that of Aleppo, the urban guerrilla will be decisive. Since the regular Russian Army is not functional in this field, Putin has already recruited and transferred to Ukraine Syrian mercenaries skilled in urban warfare. They join the Chechens, who have also passed through Syria. As much as each other does not know the terrain like the Ukrainians, their fury and lack of scruples can make up for this inferiority, as already happened in Aleppo.

Just at that time, on the eve of the 2016 US elections that Trump won (with well-founded suspicions of Putin collusion), the Russian Foreign Minister, Sergei Lavrov, warned that a new cold war could be just around the corner. Perhaps the change of president in the White House has pushed Putin to return to the plans of the Aleppo days. Then, as now, the UN has never been so inoperative.

Luz Gomez She is a professor of Arab and Islamic Studies at the Autonomous University of Madrid. Her latest book is Salafism. The worldliness of purity (Cataract, in press).

The end of the bullfighting in France? The fight reaches the National Assembly | International

Fulfilling our commitments in the climate crisis | International

France opens the way to seize the assets of the oligarchs loyal to Putin | International
July 27, 2022

Dua Lipa and Noah Trevor, caught together on the streets of New York: dinner, walk, hugs and…
2 days ago

Dua Lipa and Noah Trevor, caught together on the streets of New York: dinner, walk, hugs and…

Berlusconi throws himself into the arms of the populist wing of his party by dropping Draghi | International
July 22, 2022

Russia plans to buy ammunition from North Korea for use in Ukraine, US says | International
4 weeks ago

Russia plans to buy ammunition from North Korea for use in Ukraine, US says | International

Elections 2022: The hunting vote, a long-awaited trophy in the French presidential elections | International