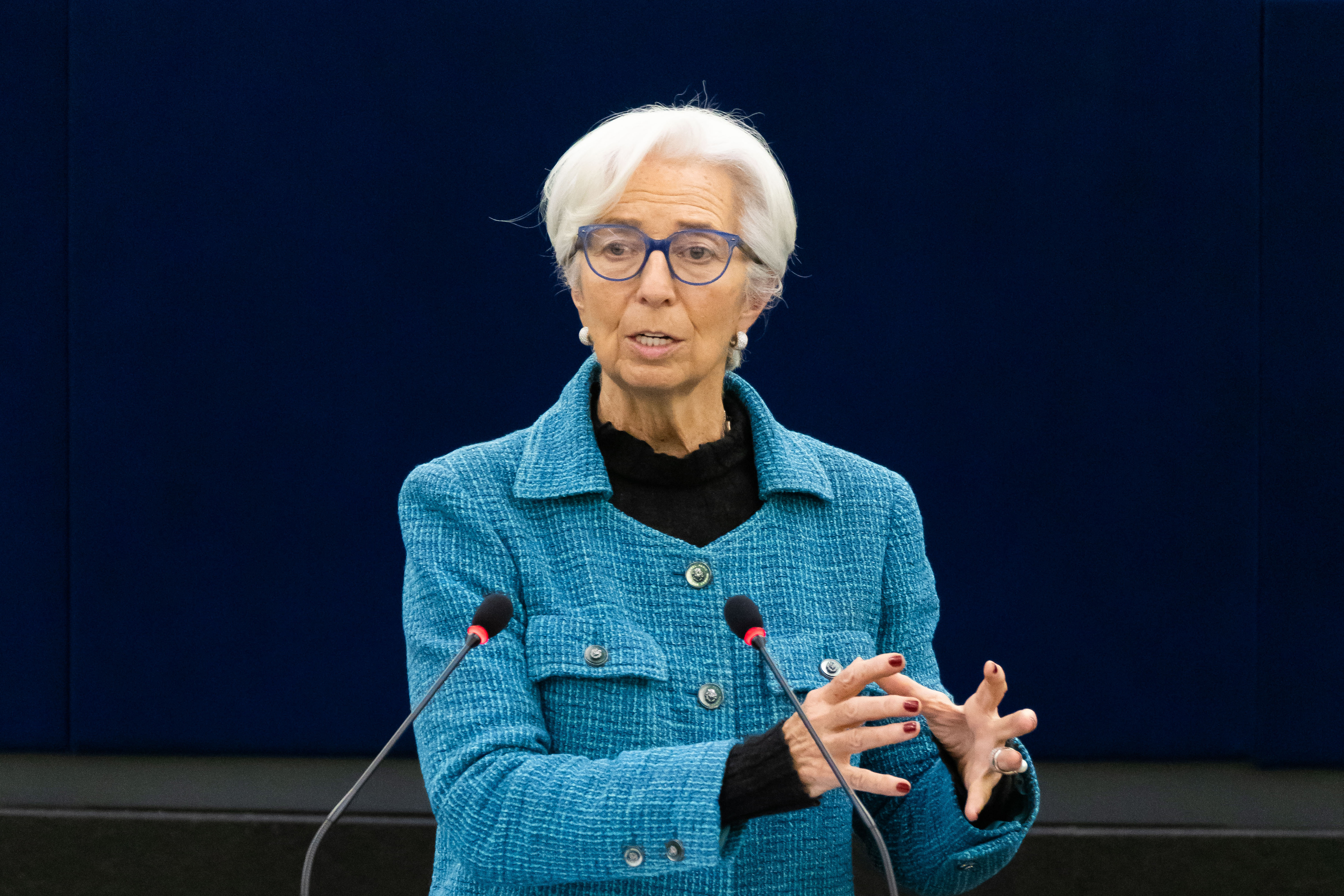 The European Central Bank has decided to accelerate the withdrawal of its debt purchase program, which will be reduced to 20,000 million euros next June, as reported by the institution chaired by Christine Lagarde in a statement. According to the new schedule, the Eurobank could put an end to massive debt purchases in the third quarter given the high rate of inflation, which exceeds 5.8% in the euro zone, and maintain only the reinvestments of maturities of Debt. Given the complex situation that Europe is going through, the body, which keeps interest rates intact, commits that it “will take the necessary measures to fulfill the ECB’s mandate to seek price stability and safeguard financial stability.” “The Russian invasion of Ukraine is a turning point for Europe,” warns the note released before Lagarde’s appearance.

Until now, the timetable was to end the pandemic-related purchase program (PEPP) at the end of this month and increase the traditional procurement plan (APP) endowment at a rate of 40,000 million euros. euros per month in the second quarter, 30,000 million in the third and 20,000 from October. In view of the “uncertain environment”, the ECB has recalibrated the program and the purchases will be 40,000 million in April, 30,000 in May and 40,000 in June. Thereafter, the survival of the program will depend on the outlook for inflation in the medium term. Interest rates remain intact (financing at 0% and the deposit facility at -0.5%). And the ECB, always attentive to the balance between North and South, warns that any increase will occur when the purchase programs end and in a “gradual” way.

Lagarde reports from 2:30 p.m. on the agreements adopted by the governing council, which has been meeting since Wednesday in Frankfurt. The war in Ukraine has put pressure on the ECB, which until now was torn between the dilemma of favoring economic recovery or avoiding a rise in prices that was being more pronounced than expected. The conflict has complicated the situation to the point of leading even the euro zone to a possible scenario of stagflation. That is, economic stagnation with high inflation. “Although it is illusory to precisely quantify the impact of the Ukrainian crisis on the economy, it is clear that the future trajectory includes less growth, on average, and more inflation”, says Stéphane Deo, Head of Market Strategy at Ostrum AM. The situation is more devilish, but Lagarde still had the same dilemma on the table: either keep the stimulus longer to avoid a relapse in Europe or collect cable to prevent inflation from skyrocketing.

Before the conflict, the ECB had started the process of withdrawing the stimuli it had launched to protect the economy from the effects of the pandemic, of up to 1.85 trillion euros, at the end of last year. After confessing that persistent inflation caught members of the Governing Council by surprise, Lagarde in January even left the door open for an interest rate hike at the end of the year. The rises of large central banks such as England or Canada and the plans of the Federal Reserve, which faces the first increase in rates this month, seemed to drag the ECB into the same scenario. But in the early hours of February 24, Putin decided to attack Ukraine.

With Russia’s aggression, the worst scenarios of a conflict materialized, the consequences of which were already addressed in the council on February 3. However, by then Putin had not yet executed his plans. “Wholesale and future gas prices were also higher than before the monetary policy meeting of the Governing Council, reflecting the growing tensions between Russia and Ukraine, as well as low reserves,” the minutes of that meeting point out. In her first appearance after the attacks, coinciding with a meeting of central bankers and finance ministers of the euro zone, Lagarde launched three messages: the ECB will ensure access to liquidity in the euro zone, apply the sanctions decided by the governments and is prepared to guarantee financial and price stability.

Day by day, the economy continues to discover the scope of the sanctions that the US, the EU or the United Kingdom are implementing and the consequences that derive from the conflict: the price of gas and oil has skyrocketed, exports of some raw materials Key premiums have ground to a halt and companies are leaving the region en masse. Airlines and shipping companies have reduced their routes and, as a consequence, bottlenecks and distribution problems are becoming more acute. Some factories, in addition, are forced to stop, either due to the lack of material or due to electricity prices. And to top it off, the pandemic is still causing thousands of infections in Europe, although the economy seems to have learned to live with the coronavirus.

The markets awaited every nuance of Lagarde’s speech. However, they also looked to Paris, where EU leaders could signal a new European fund to defray energy and defense bills. “With fiscal policy working to mitigate the impact of rising energy prices, the ECB has no reason to deviate from the process of monetary policy normalization that it began in December,” said Sylvain Broyer, S&P Europe Chief Economist. Middle East and Africa.

The fight against inflation will bring another wave of sacrifice | Economy

By admin
Recent Posts
Latest News
Facebook Twitter WhatsApp Telegram
Back to top button
Close
Featured Posts
Francisca Sandoval: The Chilean journalist shot in the head dies during a march in Santiago
May 13, 2022

Francisca Sandoval: The Chilean journalist shot in the head dies during a march in Santiago

Shooting: An arms embargo from Spain to the United States? | Spain
June 2, 2022

Shooting: An arms embargo from Spain to the United States? | Spain

Violence worsens in Mali, epicenter of jihadism in the Sahel: “They have killed as animals are killed” | International
3 weeks ago

Violence worsens in Mali, epicenter of jihadism in the Sahel: “They have killed as animals are killed” | International

An Iranian activist: “There is fear. But the people will not stop protesting” | International
1 day ago

An Iranian activist: “There is fear. But the people will not stop protesting” | International

Trump suffers a severe defeat in the Republican primaries in Georgia | International
May 25, 2022

Profile of the Chilean voter: who is behind the rejection and approval of the new Constitution
3 weeks ago