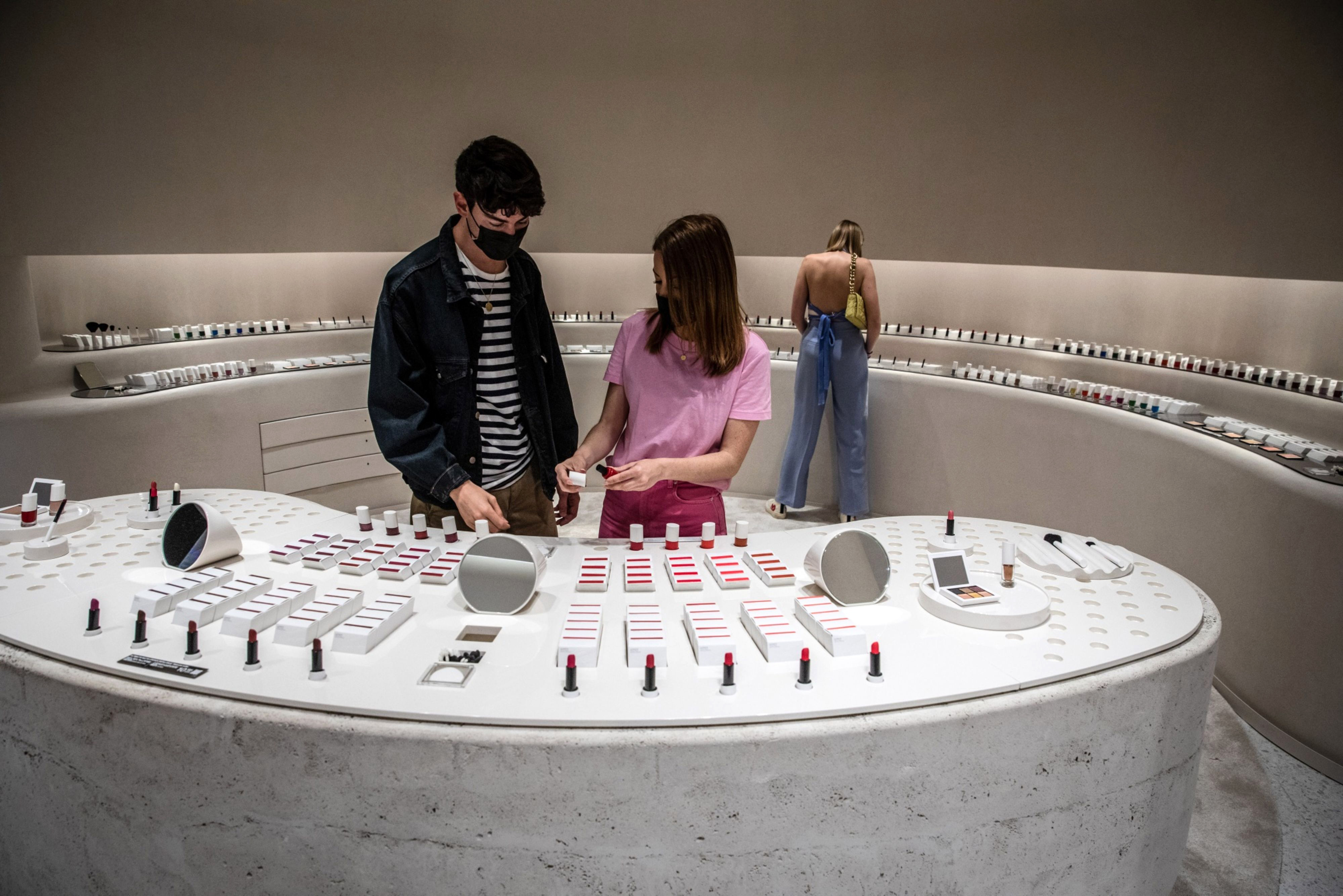 come back the glamor. Events, parties, weddings… And it does so supported by luxury brands. The beauty business thus says goodbye to the battered first full year of the pandemic and will close 2021 with a solid recovery, in the words of the CEO of Stanpa, Val Díez. The National Association of Perfumery and Cosmetics, which groups 1,400 companies, wants to settle the coronavirus crisis and estimates that last year’s sales will grow by 6.5% in Spain, to exceed 8,100 million euros. Of course, still five points below the figures for 2019, which it hopes to achieve during this year.

Perfume has been the greatest champion of growth. Its turnover rose by 26% thanks mainly to sales of luxury fragrances, those whims that are within the reach of almost all pockets and that account for more than 70% of the market as a whole in value, since in units they add up to 20 million of the 80 million bottles sold. “The selective segment fell sharply in 2020 mainly as a result of the lack of tourists. Now, the recovery at the end of the year has helped the brands go back up,” says Rosa López, an expert at Kantar.

But skin care, cosmetics, has been confirmed as the most resistant segment, since it better withstood the onslaught of confinement, it is the one with the highest billing and in 2021 it earned 12% more (14% if it is skin care). facial). Because what the pandemic has brought, in the opinion of the CEO of Cantabria Labs, Susana Rodríguez, is a greater culture of self-care than existed before. “Health prevails over beauty”, supports his counterpart at Isdin, Juan Naya.

However, makeup is the lagging student. With masks still the order of the day and limited socialization, lipstick sales plummeted, up to 80%, recalls the general director of Etnia Cosmetics, Sandra Juan. And although eye shadows or mascaras were used the most – they fell by only 30% – the road to recover the 2019 figures is further away than in the case of creams and perfumes.

Etnia Cosmetics suffered in 2020, with the closure of the 54 stores it owns in El Corte Inglés. Its turnover fell from 10 to 6.5 million euros. Last year this Valencian firm created in 2012 increased its income by one million euros and, according to its manager, it will be this year when they return to the 10 million of 2019 thanks to the opening of new markets, “that these two years of pandemic have locked”. Sandra Juan intends to continue opening establishments in Spain and looks towards Latin America to continue expanding. “The internationalization and originality of our products will help us leave the crisis behind,” she says.

In a country that is the world’s second largest exporter of perfumes and is among the top ten in cosmetics and where in 2021 revenue from exports totaled more than 5,000 million, internationalization is a natural terrain for companies. It has been, together with the relaxation of the sanitary measures, the key so that some Spanish companies in the sector did not lose positions in 2020, as in the case of Cantabria Labs, or recover them in 2021, as in the case of Bella Aurora Labs. Both Firms recorded growth of more than 20% last year and far exceeded the numbers of 2019. Cantabria Labs increased its turnover by 24% to 240 million euros, of which about 60% came from abroad. And Bella Aurora did 26% to 36 million.

The two companies are embarking on a growth plan that will lead them to expand their markets and also launch new product lines. Because if Spanish dermocosmetic firms know anything, it is innovation, according to Val Díez, in addition to having a very competitive quality-price ratio. “We are witnessing an effervescence of innovation and commitment to sustainability. We are going to see many launches this year”, says the director of Stanpa.

Cantabria Labs, which has just sealed an alliance with actress Sofía Vergara to develop and market a new beauty line, is launching specialized cosmetics for cancer and geriatric patients. Because, according to Susana Rodríguez, her goal is to improve people’s skin and quality of life. The laboratory invests 12% of its sales in R&D.

Bella Aurora Labs, focused on skin blemishes, launched a product specifically for vitiligo last year. An innovation that did not exist in the market, according to its CEO, Josep Maria Martínez Ribes, and that has allowed them, together with internationalization, to recover pre-pandemic levels. In 2021 the company entered Brazil and this year “is the year of expansion,” says the executive, whose focus is on Europe, although he sees “brutal” opportunities in China, Korea, Vietnam and Indonesia.

The projects are ambitious. Just like the look of the brands towards China, a market still in development and where Spanish firms have great credibility, according to Val Díez. In the absence of tourists from that country, which the directors of the perfumery association hope will recover this year like the rest of the foreign visitors, “the online and physical presence can only strengthen Spanish manufacturers in China.” Isdin knows this well, with 10% of its business in that country, where it will focus its efforts in 2022, according to Naya.

Two great uncertainties weigh on the horizon of the beauty sector: the effects that the Russian invasion of Ukraine may have on the economy and the rise in the cost of raw materials and transport, which are weighing down the margins of companies, especially in the field of export, appreciates the director of Stanpa. Juan Naya points out that, for the moment, they are containing the increases to the final client. “Prices are going to mark the evolution of this sector. It remains to be seen how the consumer reacts”, questions Rosa López. Last year the average expenditure on cosmetics and perfumery increased by 0.8% over the previous year, to 142 euros, according to data from Kantar Worldpanel.

Spanish exports of cosmetic products, perfumery and essential oils have broken a new record in 2021, exceeding 5,400 million euros, 23% above 2020 and more than 3% over 2019, according to data provided by Stanpa. All categories have grown, even makeup. Color cosmetics rose 35%, behind fragrances, which rose 41%; hair care grew by 18% and skin care by 17%.

The SEPI approves an injection of 550 million to Celsa, the largest rescue for the pandemic | Economy

Zelenski invokes the bombing of Gernika before the Spanish Congress and calls for harshness against Russia | Spain
April 5, 2022

Edinburgh says goodbye to Elizabeth II: “It means a lot to the Scots” | International
3 weeks ago

Edinburgh says goodbye to Elizabeth II: “It means a lot to the Scots” | International

Erdogan’s main adviser: “In two weeks we hope to have an agreement to remove the Ukrainian grain blocked by Russia” | International
June 3, 2022

Erdogan’s main adviser: “In two weeks we hope to have an agreement to remove the Ukrainian grain blocked by Russia” | International

War in Ukraine: Young Ukrainians chain crisis: “The near future? Get the enemy out of here” | International
May 10, 2022

War in Ukraine: Young Ukrainians chain crisis: “The near future? Get the enemy out of here” | International

Germany: The German Government promotes the regularization of more than 100,000 foreigners without a residence permit | International
July 6, 2022

Germany: The German Government promotes the regularization of more than 100,000 foreigners without a residence permit | International

Davos erases all traces of Russia in its first face-to-face meeting in two years | International
May 19, 2022

Journalist Luis Enrique Ramírez murdered, the ninth crime against the press this year
May 6, 2022

Journalist Luis Enrique Ramírez murdered, the ninth crime against the press this year