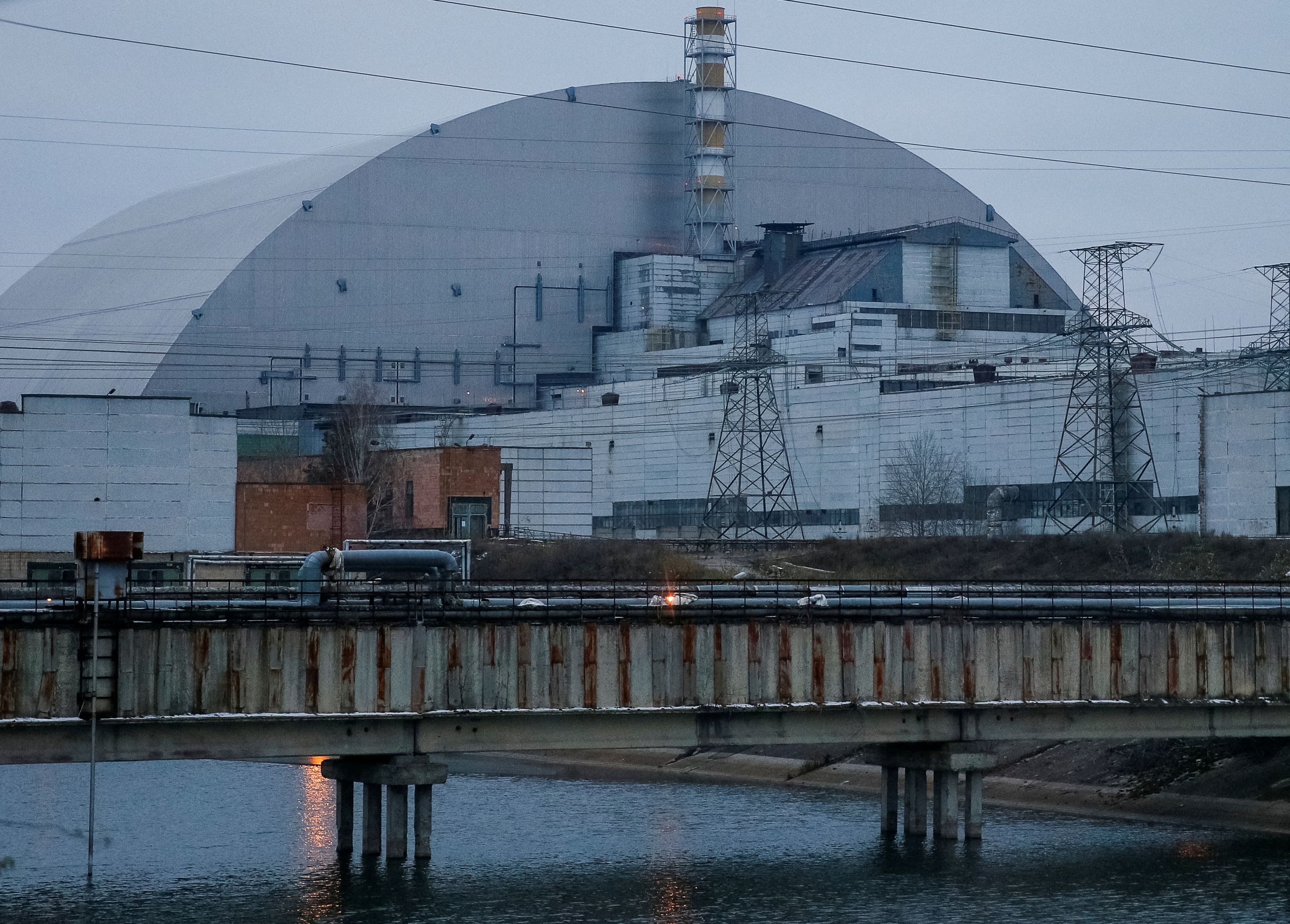 The Government of Ukraine has released several messages on Wednesday warning of the power cut at the Chernobyl nuclear facility, which is in the hands of Russian troops, and of the impossibility of repairing this problem due to the fighting in the area. The Executive has even warned of a possible radioactive leak if the power supply is not restored. The International Atomic Energy Agency (IAEA), although it has once again expressed concern about the consequences that this armed conflict may have on the country’s nuclear facilities, however, it has considered that there is no “critical impact on safety” at this time in the case of Chernobyl , whose reactors are not active.

April will mark the 36th anniversary of the Chernobyl disaster, the worst accident at a nuclear power plant ever recorded. The explosion in 1986 of reactor number four of the plant generated this radioactive accident. But the other three reactors continued to function. The last one stopped operating in 2000.

After the shutdown of a reactor in any plant, the used fuel, which is highly radioactive, is usually stored in pools with water for cooling. After the cut of the supply in Chernobyl, registered at 11:22 (local time) on Wednesday, the Ukrainian government has indicated to the Reuters agency that radioactive leaks could occur because the spent nuclear fuel cannot be cooled.

However, the plant has emergency generators that run on diesel. According to a statement released by the Ukrainian nuclear energy regulator, the facility has enough fuel to run the generators for 48 hours. The IAEA has insisted this Wednesday on the existence of these generators and has recalled, as it did at the beginning of the month, that due to the time elapsed since the Chernobyl accident “the thermal load of the spent fuel storage pool and the volume of cooling water contained in the pool are sufficient to maintain effective heat extraction without the need for electricity. The same happens with the last nuclear fuel elements coming from the reactor that stopped operating in 2000, introduced in the pools of the plant, which would not need that electrical backup to avoid a disaster, experts say.

Alfonso Bargas, nuclear engineer at Enusa —Spain’s public nuclear fuel company— points out that after the shutdown of a nuclear reactor, the fuel elements continue to store an enormous amount of heat. But they are losing it exponentially. “As soon as the reactor is turned off, they only conserve 10% of the heat,” he points out, and it continues to reduce at a high speed in the following weeks. “35 years later [del accidente de Chernóbil] the heat that could be expected from each fuel element would be about 500 watts”, the equivalent of less than 10 light bulbs. In Spain, for example, each fuel element weighs between 500 and 1,000 kilograms and is made up of between 250 and 300 fuel rods, adds Bargas.

The main problem that could be generated if the fuel rods stored a high calorific value would be that the water in the pools in which it is stored would evaporate, generating a radioactive cloud after melting. But that danger, Bargas and the IAEA believe, is not on the table now in the Chernobyl case due to the time that has elapsed and despite the power cut, which is used to keep the water circulating and cooling in the pools. Bargas recalls that, after the Fukushima accident in 2011, stress tests were carried out to check the safety of this type of pool. The conclusion was that under normal conditions the water would not boil and therefore completely evaporate from the pools.

Bargas believes that we must be attentive to the development of the situation in Chernobyl, which has been in the hands of Russian troops since the beginning of the invasion, but at this time “it does not pose a risk to security”, as the IAEA also believes, an organization that has been continuously monitoring the situation since the beginning of the invasion and that until now has not put a hot cloth on the existing risk. But, as Bargas points out, “Chernobyl is not the cause of most concern in Ukraine.” More worrying is what might happen to the 15 active nuclear reactors in the country, which generate about 50% of the electricity Ukraine consumes. “Steps are being taken to make something happen,” says this expert.

In addition to the risk that these active facilities could be intentionally or accidentally damaged in the fighting, the IAEA and international observers are concerned about the situation of personnel working in the country’s nuclear plants and facilities. Rafael Grossi, secretary general of this international organization, has already warned on several occasions that it is essential that plant workers be able to “rest and work regular shifts.” “The ability of staff to make decisions without undue pressure is one of the seven essential pillars of technological and physical nuclear security” that the IAEA has set to avoid a disaster in a situation like the one in Ukraine, explains this organization.

In the case of Chernobyl, the situation of the workers is not good, according to the Ukrainian regulator. “For two weeks now, the staff of the Chernobyl nuclear power plant have courageously and heroically carried out their duties without rotation to ensure the safe operation of the facilities,” Ukraine’s nuclear supervisor said on Wednesday. “I am deeply concerned about the difficult and stressful situation facing the staff of the Chernobyl nuclear power plant and the possible risks that this entails for security,” Grossi also said on Tuesday.

The Pope considers traveling to kyiv: “Yes, it is on the table” | International

Kiril Petkov: The Government of Bulgaria falls after only six months in power after losing a motion of no confidence | International

Fabrice Leggeri: The head of Frontex tenders his resignation for the hot returns of migrants | International

China and Russia take advantage of the gap left by the West in Latin America | Opinion
August 18, 2022

USA accuses Russia of increasing by “40 or 50 million” the number of people affected by the world food crisis | International
June 24, 2022

The war in Ukraine exacerbates hunger in the poorest countries | International
March 19, 2022

The war in Ukraine exacerbates hunger in the poorest countries | International

Macron faces the second strike of diplomats in the history of France | International
June 2, 2022

Russia: Putin’s Crusade Against Russians Mentally in the West | International