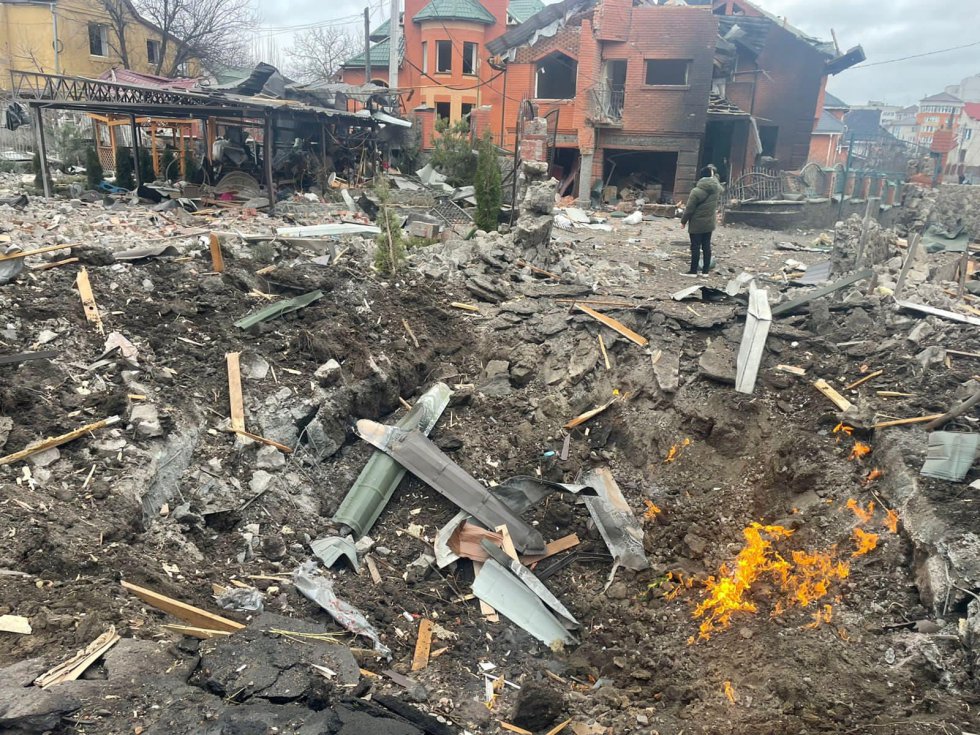 Some weeks can feel like decades, and this week has been one of them. With Russia’s naked act of aggression against Ukraine, the tragedy of war has broken out again in Europe. Russian forces have bombed homes, schools, hospitals and other civilian infrastructure. The Kremlin’s propaganda machine has gone into overdrive in its effort to justify the unjustifiable. More than a million people have already fled the violence, with more to come.

The Ukrainians, for their part, are mounting a heroic defense of their country, driven by the leadership of President Volodymyr Zelensky. In the face of escalating attacks and absurd claims by the Kremlin that deny their national identity, Ukrainians have shown unity and resistance. Stuck in the past, Russian President Vladimir Putin may have convinced himself that Ukraine belongs to him under his vision of a “great Russia”. But the Ukrainians have shown that their country belongs to them, and that their future is European.

The European Union has sprung into action. While some expected us to waver, be divided and be slow to react, we have moved with record speed to support Ukraine, breaking taboos along the way. We have imposed unprecedented sanctions on the oligarchs linked to the Kremlin and those responsible for the war. Measures that were unthinkable just a few days ago – such as the banning of access to the SWIFT system for major Russian banks and the freezing of Russian central bank assets – are already being implemented. And, for the first time, the EU is supporting member states in supplying military equipment to beleaguered Ukraine, mobilizing €500 million ($554 million) through the European Peace Fund.

We have done all this together with other countries to ensure that these measures have maximum effect. The United States, the United Kingdom, Canada, Switzerland, Japan, Singapore and many other financial and economic powerhouses have joined us in adopting tough sanctions. International outrage against Russia is cascading, including into sports and the arts. A stampede of companies is leaving the Russian market.

However, the news reaching us from the ground in Ukraine is horrific and sobering, with no one knowing how this war will end. Putin will try to excuse the bloodshed he has unleashed by portraying it as an inevitable by-product of some mythical clash between the West and the Rest; but he will not convince almost anyone. The vast majority of countries and peoples around the world refuse to accept a world in which an autocratic leader can simply seize whatever he wants through military aggression.

On March 2, an overwhelming majority of the United Nations General Assembly — 141 countries — voted in favor of Ukraine’s sovereign rights, denouncing Russia’s actions as a clear violation of the UN Charter and international law. Only four countries voted with Russia (the remaining 35 abstained). This historic display of global consensus demonstrates the extent to which Russian leaders have isolated their country. The EU worked hard to achieve this result at the UN, and we fully agree with UN Secretary General António Guterres that the task now is to end the violence and open the door to diplomacy.

In the week since the Russian invasion, we have also seen the belated birth of a geopolitical Europe. For years, Europeans have debated how to make the EU stronger and more security-conscious, with unity of purpose and capabilities to pursue our political goals on the world stage. It can be said that in the last week we have advanced further along this path than in the previous decade.

This is a positive development, but much remains to be done. First of all, we must prepare ourselves to support Ukraine and its people in the long term, both for their sake and for ours. There will be no security for anyone if we allow Putin to prevail. If there are no rules anymore, we will all be in danger. That is why we must ensure the survival of a free Ukraine. And for this, we must maintain an opening so that Russia can return to reason, so that peace can be restored.

Second, we must recognize what this war means for European security and resilience in general. Consider the energy dimension. It is clear that reducing our dependence on energy imports from authoritarian and aggressive powers is an urgent strategic imperative. It is absurd that we have literally financed our opponent’s ability to wage war. The invasion of Ukraine should give a new impetus to our energy and ecological transition. Every euro we invest in renewable energy development at home will reduce our strategic vulnerabilities and help prevent catastrophic climate change. Strengthening our base also means standing up to Russia’s aggressive disinformation networks and going after the Kremlin’s funding and influence-peddling ecosystem.

Third, in a world based on power politics, we need the ability to coerce and defend ourselves. Yes, this includes military means and the need to favor their development. But the essence of what the EU has done this week is to use all policies and levers – which remain primarily economic and regulatory in nature – as instruments of power. We should start from this base in the coming weeks, in the Ukraine, but also in other places, as needed.

The main task of “geopolitical Europe” is simple. We must use our new sense of purpose first to secure a free Ukraine, and then to restore peace and security across our continent.

Joseph Borrell He is High Representative of the European Union for Foreign Affairs and Security Policy and Vice President of the European Commission.
Copyright: Project Syndicate, 2022. www.project-syndicate.org

The jurist Síofra O’Leary, the first woman to preside over the European Court of Human Rights | International

The last to leave Irpin: “What I have seen, it is better not to tell” | International

Verónica Alcocer: The Construction of a First Lady | International

From the social state of law to the end of the Senate: keys to the new Chilean constitutional text
July 4, 2022

From the social state of law to the end of the Senate: keys to the new Chilean constitutional text

Hurricane Ian causes chaos in Florida: thousands of people trapped and 2.5 million without power
2 days ago

Cuponazo today: check results of today’s ONCE, Super ONCE and Triplex draw, September 30, 2022
1 day ago

Cuponazo today: check results of today’s ONCE, Super ONCE and Triplex draw, September 30, 2022

Álvaro Uribe will go to trial for alleged bribery in the middle of the presidential campaign | International
April 28, 2022

Ukraine’s Prime Minister assures that the last fighters in Mariupol “will fight to the end” | International
April 17, 2022

Leiner Montero and Dilia Contreras: Two journalists shot to death on their way back from coverage in Colombia
August 29, 2022

Leiner Montero and Dilia Contreras: Two journalists shot to death on their way back from coverage in Colombia

Russia hints there may be more Bucha-like massacres in other Ukrainian cities | International
April 5, 2022