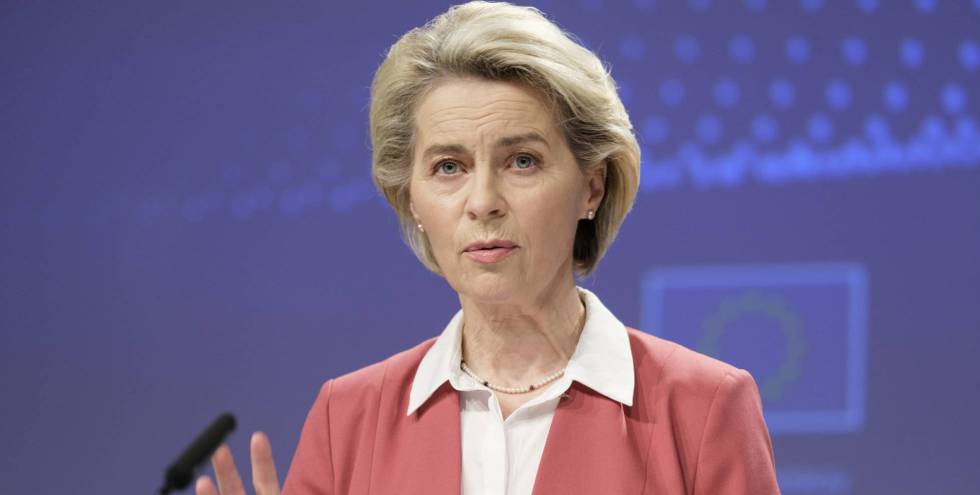 Yesterday, the European Commission approved the long-awaited Communication that includes the recommendations or toolbox (tool box) that can be used by member countries to deal with the escalation of electricity prices “in exceptional circumstances”, and that have run amok after the Russian invasion of Ukraine”. In addition to some price regulation, countries can redistribute extra profits (winfall profit) derived from the effect of the high price of gas on the marginal electricity market (pool), and the high income from the collection of the CO2 emission rights market.

The College of Commissioners has chosen to make concessions both to the countries of the South, such as Spain, from which it has accepted almost all their requests, and to those of Northern and Central Europe, by setting measures on the gas system, which will reduce dependence on Russia by two thirds in several years.

Although the Commission has not closed the door to the possibility of excluding gas generation from the wholesale market, in order to prevent it from contaminating, as is happening, the rest of the technologies, neither has it expressly included it in the tool box presented yesterday. In it, it states that “it will study all possible options for emergency measures to limit the contagion effect of gas prices on electricity prices, such as temporary price limits.”

In this sense, and this is the great novelty, it makes an express mention of the possibility of establishing maximum prices in the pool. It is a measure that Spain has taken from Brussels after much pressure, according to sources in the sector, and that can be a substitute for the decoupling of gas that, in any case, the States could not apply individually.

The aforementioned price limit is a system that Spain maintained almost alone until more than a year ago and that it was forced to eliminate by imposition from Brussels. It consisted of preventing the matching of offers in the daily market above 180 euros MWh as well as those with negative prices. In the event that this barrier was exceeded, the offers passed to the so-called technical restrictions market, if demand so required, and the plants in question charged the price offered. The aforementioned 180 euros MWh were such a high limit that it was never exceeded (at the moment, with prices like yesterday at 542 euros MWh, it is ridiculous). Spain was forced to apply the limit of the rest of the countries (9,999 euros/MWh) and accept negative prices up to -500 euros/MWh.

It is now the recovery of this mechanism that will allow price control: when the offers of a combined cycle exceed the ceiling established by the Government, it will not match in the daily market and will be dispatched due to restrictions. Even if it finally receives the offered price (plants cannot generate at a loss, although the tool box It even includes the option of setting a regulated price) “it will no longer contaminate the rest of the energies (nuclear, hydraulic and other renewables) because it would not mark the marginal price.

The measure, if applied individually, and this is how the Government understands it, could create a dysfunction that the Commission must study: if the countries do it in isolation and their prices are more competitive, they will increase their exports, which could create congestion.

Regarding the decrease in windfall profit included in the package, which Spain already approved last autumn, will not apply to inframarginal energy previously sold in forward terms through bilateral contracts: “energy that has not benefited from higher market prices because it was sold in forward terms must be exempt from recovery measures”, the text states. This has made the collection for this concept scarce, since, in Spain, the large electricity groups have their energy bilateralized and, therefore, do not receive the benefits to be taxed.

In the area of ​​northern and central European countries, according to the plans outlined yesterday, the EU intends to reduce dependence on Russian gas by two thirds (40% of European gas comes from Russia, compared to just 10% from Spain , via LNG). With alternative energies and greater efficiency, the objective would be achieved before 2030, according to the document that needs the approval of the heads of government. “We cannot trust a supplier that explicitly threatens us”, the president of the Commission, Ursula von der Leyen, said yesterday at a press conference.

“We have to act now to mitigate the impact of rising energy prices, diversify our gas supply for next winter and accelerate the transition to clean energy,” he added. The Commission considers that the EU has enough gas for this winter, even in the event of a sudden interruption in Russian supply, but has issued warnings about the coming winter. “We urgently need to replenish our reserves for next year,” said Energy Commissioner Kadri Simson. To do this, it plans to present a proposal before April to require that existing storage be filled to at least 90% of its capacity before October 1 of each year.

The Commission, and this is another of the old requests of the Vice President for the Ecological Transition, Teresa Ribera, will offer to coordinate a joint purchase of gas, and proposed to discount network tolls with discounts of up to 100%. The EU plans to obtain up to 50 bcm (billion cubic meters) of gas a year from new LNG suppliers and 10 bcm through other pipelines. All this, to replace the 155 bcm imported from Russia.

Likewise, it opens the door to expel Gazprom from Germany, where it manages gas warehouses and which this winter has maintained at very low levels: 16%, compared to 44% of the rest. These infrastructures will be considered “critical” and provisions will be introduced to prevent the owners of these plants from putting the security of supply at risk. On the other hand, it has requested priority for the connections of Portugal and Spain with France and Bulgaria with Greece.

In this regard, Ribera, defended after the Council of Ministers that these connections, which will serve “to reduce the immense dependence on Russian gas that they suffer, not Spain, which represents a third of the regasified gas in Europe, like the northern countries ” They must be economically viable. Works whose duration can be extended five or six years, cannot end in “a dead end”, in reference to which France must agree. And for its financing “it must be considered of European interest”, he stressed.

The rise in the Euribor pushes the jump from variable to fixed mortgages: “It’s an avalanche” | Economy

Verbund: The largest Austrian electricity company pays 1,000 million for a portfolio of solar and wind projects in Spain | Economy

The price of electricity: Spain was right | Economy

Cuban artists and intellectuals reject the convictions of the 11-J protesters as “unjust” and “excessive” | International
March 22, 2022

Rui Moreira, Mayor of Porto: “Portugal should have regions with political power like Spain has” | International
July 25, 2022

Rui Moreira, Mayor of Porto: “Portugal should have regions with political power like Spain has” | International

War in Ukraine: A baby rocked by a soldier, a red notebook and other chronicles of our special envoys in Ukraine, Moldova and Poland | The weekly country
March 25, 2022

War in Ukraine: A baby rocked by a soldier, a red notebook and other chronicles of our special envoys in Ukraine, Moldova and Poland | The weekly country

Kamala Harris is richer than Joe Biden (and sells a lot more books) | International
May 14, 2022

China and Russia take advantage of the gap left by the West in Latin America | Opinion
August 18, 2022

The supporters of the authoritarian Tunisian president defend his Constitution: “What good is democracy if a country is poor?” | International
July 26, 2022

The supporters of the authoritarian Tunisian president defend his Constitution: “What good is democracy if a country is poor?” | International

The King calls on NATO leaders to maintain unity in the face of a “more uncertain and dangerous” world | International
June 28, 2022

Mexico denounces the “extortion” of the Republican governor of Texas for the blockades on the border
May 2, 2022

Encino Hospital: Police arrest man who stabbed three people and barricaded himself in a hospital | International