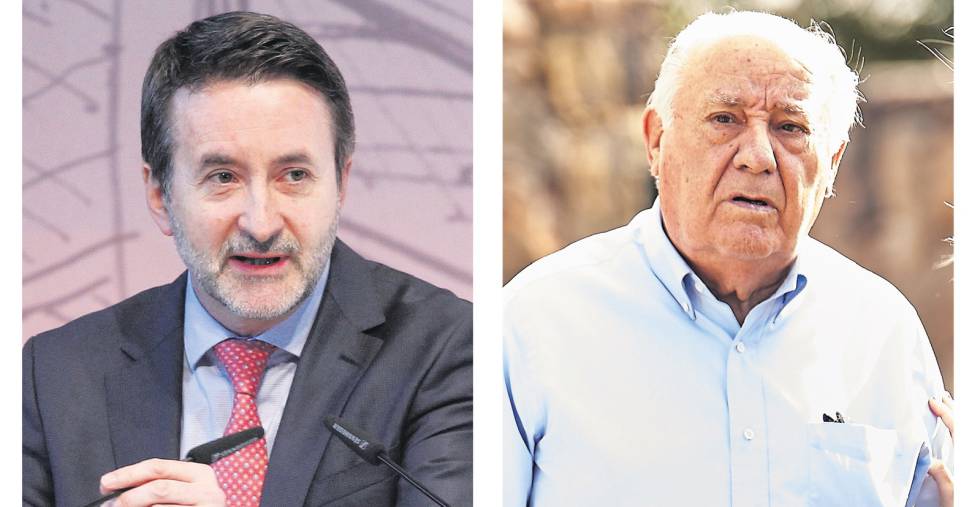 Pontegadea bursts into the bid for Repsol’s renewable business, according to financial sources. The oil company is looking for a partner to take 25% of its green subsidiary, which it values ​​at 3,000 million euros, with the aim of underpinning its plan to reach 49 gigawatts in renewables.

Repsol currently has several offers from investment funds and insurance companies in a bid organized by JP Morgan and launched at the beginning of the year. As published Five days on March 2, these are those of the investment funds specialized in renewables Predica, which is part of the Crédit Agricole bank, the Canadian pension fund Omers and the insurers Axa and PGGM. Repsol has four offers on the table, but also a possible posh investor, Pontegadea.

The family office de Amancio Ortega already set his sights on Repsol’s renewable projects months ago. In November he announced the purchase of 49% of Delta I, a wind farm that Repsol had in turn acquired from Forestalia in the first operation in its history in renewables, 245 million in this asset. It was Ortega’s first operation in the renewables segment. But maybe not the last.

Once this agreement was signed, Pontegadea has emerged as a preferred partner for Repsol in the search for an investor for its renewable business, since it does not abandon negotiations with investment funds and insurers. Ortega’s estate maintains a direct line with the dome piloted by Josu Jon Imaz and, after the experience with that wind farm, it seems the ideal partner, although the company is also studying other offers. On the one hand, the oil company is a trusted ally for Pontegadea to invest in renewables. On the other hand, the founder of Inditex is an ideal ally for Repsol to demonstrate to the market, in the coming years, that it is also capable of putting green megawatts on the market, and its business is not only linked to oil. Consulted by this newspaper, sources from Repsol and Pontegadea have declined to comment.

Repsol sees this operation as a true transformation of its business model. It has some 700 megawatts in operation in hydroelectric plants, inherited from Viesgo, from which it bought in 2018 a portfolio of low-emission generation assets with a total of 2,350 megawatts, including in this magnitude the two combined cycle plants. In wind energy it has 430 MW in operation and in photovoltaic, with an additional 390 MW.

The company rates its green subsidiary for this operation at 3,000 million. A price that was lowered, from the initial 4,000 million, after having removed those two combined cycles from the perimeter of the operation, which are not pure-breed renewable and add up to some 1,600 operational MW. With the sale of up to 25% of this company, Repsol would collect around 750 million to financially support its green spin.

Repsol plans to increase its capacity in renewables with projects identified by almost 49 gigawatts, of which 20% are classified as high visibility. The mission with this operation is to obtain hard cash to continue investing in the green business. The projects included in the category of low carbon emissions account for 6,500 million, 35% of the 19,300 million announced for the period between 2021 and 2025.

In addition to this process to find a partner for its entire renewable business, Repsol uses other levers to finance its growth in this area. It keeps open the possibility of also incorporating partners to each of its wind or solar parks, as it did with Pontegadea itself.

An IPO appears on the horizon for Repsol’s renewable business, in the image of the operation carried out by Acciona last year. It was the first idea that Repsol had for this subsidiary, when in the presentation of its strategic plan in 2020 it proposed an operation with its green business for the first time, but quickly decided to give up. Investors demanded that he first demonstrate a certain track record in the renewable business, for which the oil company chose to find a partner. And now he has put black on white the commitment to take the company to the stock market in the coming years to try to attract potential investors.

For the family office of Amancio Ortega, this operation means entering unknown territory. Traditionally, Ortega had used his holding company to invest in real estate. But in recent years he has chosen to take minority stakes in companies such as Telxius, a subsidiary of Telefónica for the management of its telephone towers, and in Red Eléctrica.

The Constitution reinforces arbitration as a way to resolve conflicts | Economy

Colombia: The JEP imputes war crimes and crimes against humanity to the military for 303 extrajudicial executions

José Mauro Coelho: Bolsonaro dismisses the third president of Petrobras during his Government | International
May 24, 2022

Ukraine reduces the recruitment of soldiers due to the saturation of troops and the lack of weapons | International
March 28, 2022

The war for the territory that betrayed Caro Quintero, El Narco de Narcos